Companies involved with plastic pipe fabrication are often extolling the benefits of leaving behind chrome, bronze, and iron for their product. This is to be expected, of course. But are the benefits really there? Many experts in plumbing say so. The perceived strength of heavier metals is quickly losing ground from a benefit analysis standpoint. This says nothing of the move away from lead, which has taken far too long in light of the negative health consequences associated with the metal. Here are some of the reasons metal is being left behind in plumbing applications.

One of the primary disadvantages of metal plumbing is that it is subject to corrosion. Over time, it is not a matter of if it will happen, but when. For homeowners moving into houses that have been around for many years, the process may already be taking place. When metal corrodes, it leaves the prospect open not only to leaks, but to copper seeping into the water. This can cause health problems in those that drink it and adverse effects when it comes to clothes washed in it. Those in the business of plastic pipe fabrication are quick to point out that their plumbing will not corrode in this way and are usually nontoxic to begin with.

It’s not often that people tout plastic when it comes to helping the environment; but when it comes to plastic pipe fabrication, this is an important issue. Generally speaking, the plumbing made with this material is constructed with far thicker walls than you’ll find in their metal counterparts. This leads to less heat loss, which can lead to homeowners expending less energy to get hot water through their faucets. Of course, those made with PVC are also recyclable, which can limit the amount of waste heading to the local landfill.

One of the most immediate and enticing factors surrounding plastic pipe fabrication is the decreased cost when compared with copper and some of the more prominent metals used in plumbing. Not only are they less expensive to produce, but they save money when it comes time to transport them due to their lighter weight. All this means in the end is that the consumer winds up paying much less for comparable amounts than they would for metal. Combine this with the fact that they are virtually guaranteed to last much longer than metal piping and the choice is clear from a savings standpoint. 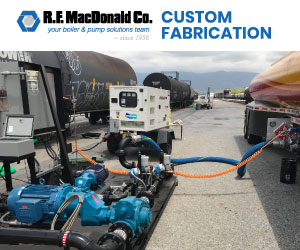